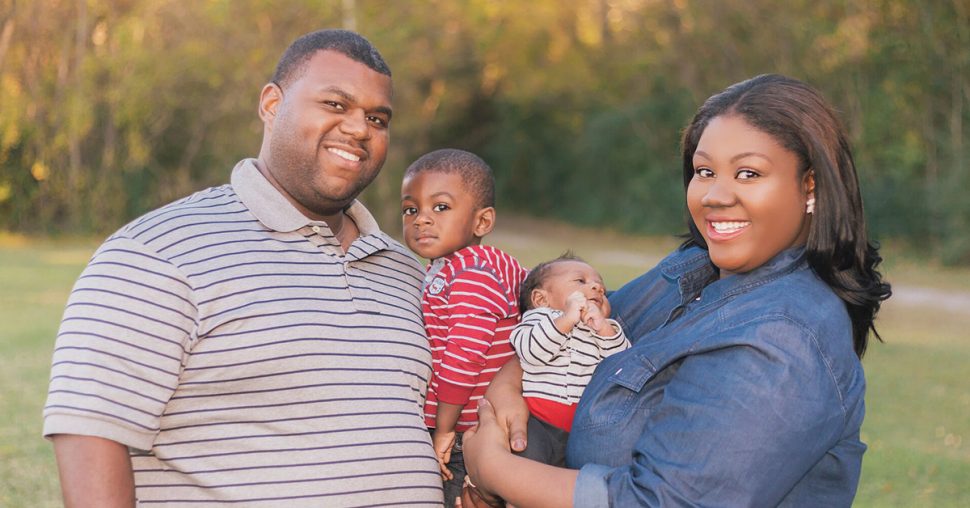 I’ll never forget August of 2016. August 12 started off as a normal day for me. I got off of work and left to get my son from daycare. When we got home, I did what I always do—watch the news. Since I’ve been through bad storms before, I wasn’t really worried about the weather all day. When I saw what was actually coming our way on the TV, what started as a normal day ended up turning my entire life upside-down.

I like to be prepared, so I grabbed some important things just in case: pictures, documents, my makeup and some clothes for my 1-year-old son and me. When my husband came home, he didn’t seem worried, so we went through the night as normal. By 11:00 am the next day, the Amite River, which was about a mile from the O’Neal/I-12 intersection in Baton Rouge, rose so high it was on the interstate. 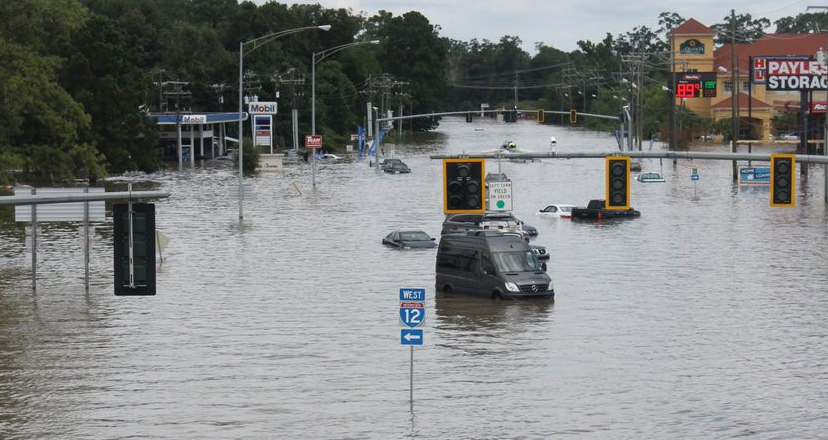 If my husband had it his way, the four of us would have floated out of the apartment. I say four because I was six months pregnant at the time. He just didn’t think the weather would get so bad, but then again, who did? When I finally convinced him to leave, we took one vehicle and headed to his parents’ house in Iberville Parish.

By 4:00 pm, the majority of our belongings were under water. I was looking at Facebook watching people I know get rescued out of our complex. For the remainder of the night, all I could do was cry.

That apartment was so much more than just a place to go back to at the end of the day. It was perfect for my family. It was a two bedroom, two bathroom piece of heaven right off of O’Neal Lane. That’s where I raised my son. That’s where my husband and I shared tears, laughs and jokes. Everything we owned and accomplished together had become part of that apartment.

By Monday, August 15, we had to make a decision on a place to live, but where could we go? We just lost a place full of memories and the life we started building. We had to find somewhere fast; I was due in three months or less. Our complex gave us the option to find a place on our own or they could get us on a few waiting lists, but we decided that for the amount of rent we were going to pay, we could be buying a house instead.

It was a tough road to homeownership, but we took it one day at a time. After being off of work for a week, we had to start getting what we could save from our old home and throw everything else away. We had some meetings with FEMA, and to top it off we were driving from Maringouin to Baton Rouge every day (28.5 miles one way).

My life felt more normal when I returned back to work. The main difference in my routine was the phone calls I was having with a realtor. I thought I was crazy. Why would I call a realtor when half of Baton Rouge and Livingston Parish just flooded? I had to tell myself that I was part of that half, and that we would find a place to call our own!

We already had the “dream house” talk before. We kinda knew what we wanted and what area of the city we wanted to live in. My husband’s a delivery driver, so he was aware of more neighborhoods than I was.

In our minds, we were in the market for a home for more than a year before the flood happened. We would drive around for hours looking at homes together. We knew what we wanted and started compromising on some of the things that weren’t possible in our budget.

We needed two bathrooms and three to four bedrooms. We wanted a large yard so the boys could play and a large kitchen with lots of cabinets. We also thought that it would be great to have an on-suite in the master with a double vanity. I don’t have a lot of clothes, but my makeup on the other hand—that’s why I needed that double vanity!

I’ve heard Pelican’s credit counselors talk about the things you need to consider when buying a house and our credit counselor put us on a budget, so I knew there was a lot we had to think about. We factored in driving times for work and how close we would be to our son’s daycare. We even thought about the schools our kids would have to attend in the future. After talking to our realtor, we narrowed down that we wanted to relocate to southern Baton Rouge or Prairieville.

On our first house hunting trip, we looked in the Old Jefferson area, Galvez and Prairieville. We looked at four different houses that day and continued our search for two more weeks, trying to decide where we could see ourselves raising a family. We looked at a total of eight houses since my first call with the realtor.

During one of our nightly talks about the houses we had seen, we stopped mid-conversation and smiled at each other. We had a moment, and we realized we looked at the same house three different times. It was the first home we looked at, and when we talked about the pros and cons, we compared every house to that one. This was it; this was the house. 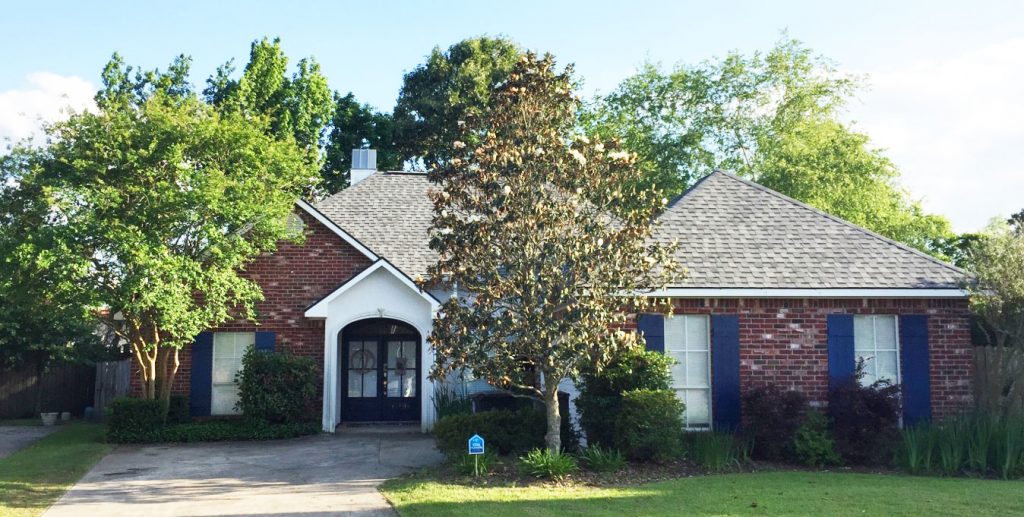 We would be close enough to everything we were already accustomed to, plus we’d be right up the road from a new city that had so much more to offer. My parents work in Ascension, so if they wanted to plan their day around seeing their grandkids we were close and available. We were a little worried about being too far from each of our families’ homes, but this house was in the perfect spot.

Not too long after we put in an offer, we got a closing date! Then, what we dreaded was going to happen ended up happening. Our closing went from the day before my birthday (October 22) to November 4—my due date! We prayed and waited it out, and then the unthinkable happened, and we were blessed with our second son on October 18.

Our closing date changed three more times after his birth, and we started thinking it wouldn’t actually happen. It started to get really stressful since our family just grew by one and we were staying with family. Our prayers were answered, and the day finally came when we were handed the keys to our brand new house. 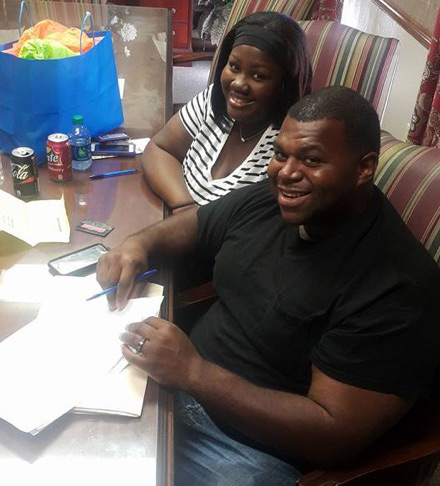 The moment that we held the key to our house, my husband and I looked at each other and kept saying “Oh my God, we bought a house.” We said that sentence over and over again, not believing it was real. My head was spinning the entire time.

Over the course of a couple of months I had lost my home and the life I was building, had a baby and bought a house all while my husband played Santa Clause (the end of the year is peak season for delivery drivers, so he says that he plays Santa Clause the last three months of each year) and I recovered from major surgery!

This entire experience, even though it started off horrible, was truly a joy; it was an accomplishment! I’m still proud of what we accomplished. The best moment was walking in with my boys and seeing my 1-year-old smiling and enjoying his new home! He’s learned that house front and back in such a short time. I want my boys to grow up understanding the value of homeownership and how to take pride in something that you’ve worked hard for and dreamed about for so long.

This is why the August flood was a beautiful disaster in my eyes. If you haven’t found a home yet, or think it can’t happen to you, know that it can. I want everyone to know my biggest piece of advice: step out on faith. Know that no matter where you are in your life, believe that you can accomplish your goals, especially those as big as owning a house.