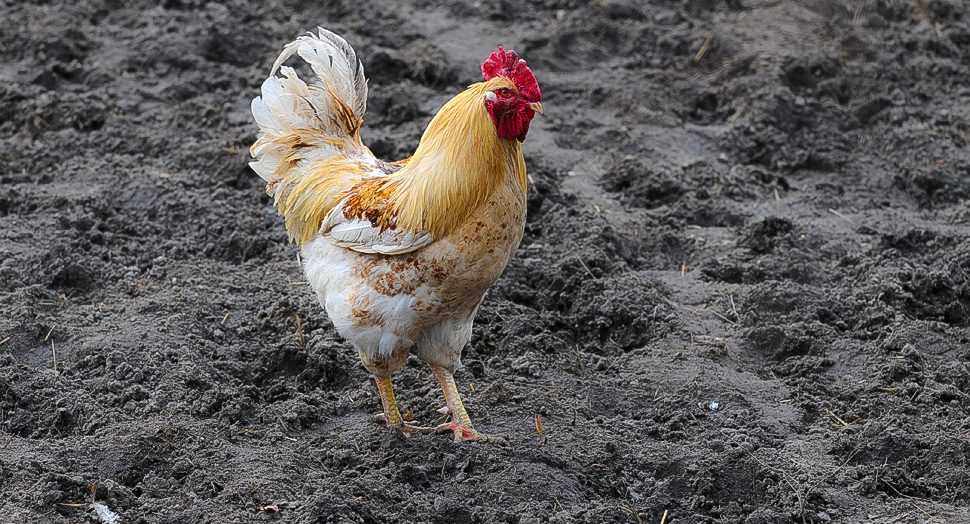 When most people think Mardi Gras, they think parades, beads, and the French Quarter. For a large part of Louisiana, this isn’t the true Mardi Gras. We’re talking about local, Cajun Mardi Gras—complete with a chicken chase!

The Cajun Mardi Gras, traditionally known as Courir de Mardi Gras or Fat Tuesday Run, has been a staple in southern Louisiana for hundreds (yes, hundreds) of years. The Courir de Mardi Gras is a cultural tradition dating back to Europe as early as the 17th century. It was then brought over to settlers in the Cajun country.

What is Cajun country?

Cajun country, or the Acadianas, is the Southern-most region in Louisiana. The area is named for the French Acadians that settled into the area in the 18th century. The Acadians were originally exiled from Canada, coming down to Louisiana after being expelled during and after the French and Acadian War.

The term Acadiana was actually never supposed to be used to describe the area; it was purely accidental. In 1963, the President of KATC, the Acadian Television Corporation, was attempting to find a good name for the regions surrounding Lafayette, much like ArkLaTex. The company received a misspelled invoice addressed to the “Acadiana Television Corporation,” and the name just kind of stuck.

Many of the Acadiana residents are Cajuns and embody everything that Cajun stands for. The rural living and the now-famous Cajun accents can be experienced throughout many cities in the South. While there aren’t many residents purely speaking French down there, you can still hear French phrases mixed in with Cajun-accented English. This area is where the true Cajun Mardi Gras magic happens.

The History of Cajun Mardi Gras and the Chicken Chase 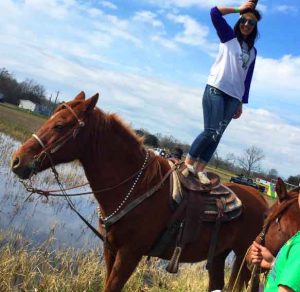 Former teller at our Opelousas branch Lauren Fontenot used to attend the Courir de Mardi Gras and chicken chase each year. She was more than happy to share her first-hand knowledge of the event with us and give us some insight into its deeply-rooted Cajun history:

The tradition of chasing chickens started by men on horseback dressed in costumes and masks riding through the countryside, stopping at houses along the way to beg for food. The captain of the group of dressed men would stop at a house, and he alone would approach the owners and ask for permission to enter the yard. 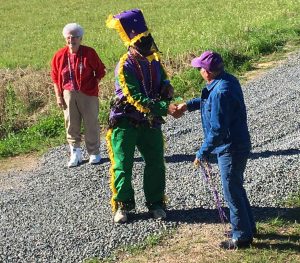 Once permission had been granted, the captain would wave his flag so the rest of the men on horseback would know it was OK to enter the yard. In exchange for the chicken, rice, onions, or any other ingredients, the men would entertain the hospitality of the people by dancing with them while still masked. The masks stay on because it is part of the fun to try and guess who was behind the mask.

At the end of the route through the countryside, all ingredients are collected at a designated spot where the revelers partake in a grand community gumbo for all to enjoy!

There’s always a trailer during the run with either a band or recording of the traditional Mardi Gras song. This song is played the entire time because it tells the story of how this is done every year. Revelry, enjoyment of drinking and dancing, and chasing chickens is encouraged by all as it is the last of this behavior before ending Fat Tuesday and entering the Lenten season.

I love participating in south Louisiana Courir de Mardi Gras for so many reasons. This is the tradition I grew up around. Mardi Gras feels like home to me. I think it’s really special how we are still participating in this original tradition so many years later. Chasing chickens to provide a community gumbo is what sets us apart from so many other places in Louisiana. When I am on the route listening to the Mardi Gras song, I feel as if nothing else in the world matters!”

The Cajun Mardi Gras that Lauren described got its beginnings in rural medieval France, when the peasants of the town would get together to celebrate life and bring their community together. According to Barry Ancelet, historian and head of UL Lafayette’s Folklore Department, the Cajun Mardi Gras “comes from the way Mardi Gras was celebrated in France in the rural section as opposed to the urban carnival. It’s an early springtime renewal and is essentially a way for communities to celebrate and find themselves.” 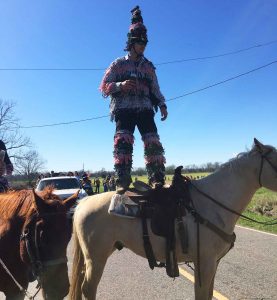 This celebration includes dancing, drinking, community cooking and celebration, and begging. The fête de la quémande, or feast of begging, is the highlight of Cajun Mardi Gras. Historically, male members of the medieval French community would ride around town on horseback, knocking on doors to ask for ingredients for the community meal. This has since changed, and in the more recent Courir de Mardi Gras celebrations, women and children are allowed to participate.

Back then, the poor residents would join together at the end of the long winter to beg for food from the extremely wealthy upper class, who would take pity and give them ingredients to create a community meal since they had little-to-no food. Now, thousands of people flock to towns across the Acadianas to participate in the feast of begging.

Starting in the early hours on Mardi Gras day, people will dress up in traditional Mardi Gras garb and ride horseback through the city, usually after a couple of beers. Residents will hand over spices, vegetables and flour. In return, it’s expected that the beggars sing, dance and play music. Occasionally, a homeowner would have a chicken to give to the riders.

That’s when the real fun begins. The owner will throw the live chicken into the crowd, and the riders scramble around in a drunken attempt to catch it with their bare hands. Some Courir de Mardi Gras celebrations have a chicken chase for the kids as well. You haven’t seen a crazier, more exciting time than at a community chicken chase.

Cajun Mardi Gras and the chicken chase are truly a “joie de vivre” (that’s French for celebration of life). It’s an experience that every local and tourist should have at least once in their life. The deeply-rooted history, culture and passion is truly alive and well in the Acadianas, and it’s a sense of community that seems lost in today’s busy, digital world.

What’s one of your favorite Mardi Gras traditions? Let us know in the comments below!

What is the date of this article? TIA!