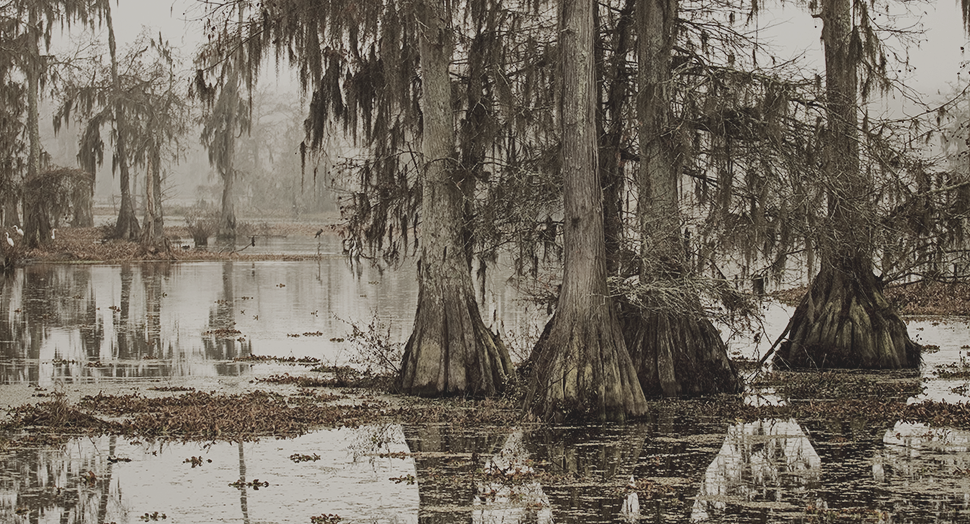 The full moon hangs high over the Louisiana swampland. The bright lights of the stars flicker in the murky licks of the waves near the towering, ominous Cypress trees. Frogs croak their songs in the distance and mosquitos buzz as they fly around looking for their next meal.

There’s a howl in the near distance. It sounds like a wolf, but something’s a little off. Standing on two legs on top of a fallen, moss-covered tree is a large, snarling beast.

It throws its head back, letting out a blood-curdling howl to the moon. That’s no werewolf, though. That’s what we in Louisiana call the Rougarou, cher.

When travelling down the interstate or the backroads in Louisiana, you’ll see lots of beautiful scenery. Remnants of history freckle the map, whether it’s old and potentially haunted buildings, abandoned theme parks or even museums with some very strange collections.

Back in the thick, fog-covered swamplands is where you’ll find the true beauty of Louisiana and perhaps even a monster or two—including the legendary beast called the Rougarou.

The history of the Rougarou is centuries-old and has many different origins, but the earliest mention of the infamous, mythical Louisiana werewolf comes from medieval France.

Medieval France and the Legend of the Loup-Garou

Back in the day of armor, swords and jousting, there was a lot more to fear than the plague and witches. Beasts called “loup-garous,” which means werewolves in French, were also infamous throughout the country. 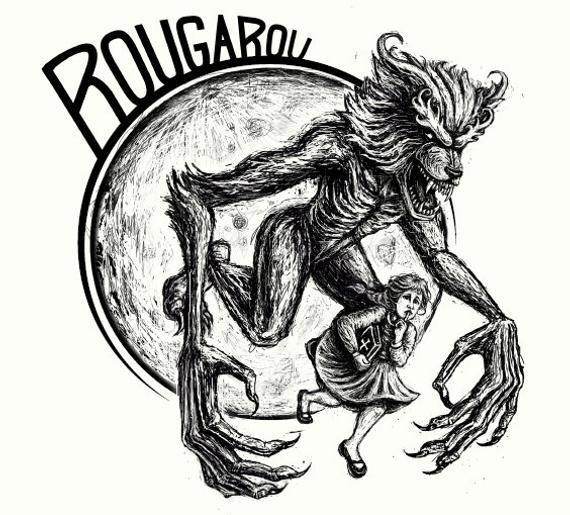 Back in the 16th century, they’d regularly blame various crimes on loup-garous. Apparently that was a thing they did back then.

Did your house get ransacked during the night? Loup-garou. Did a child disappear from the village without a trace? Definitely a loup-garou.

Personally, I’d never hear about something terrible and say, “Yep, that’s definitely the work of a werewolf. Case closed.” This was one interesting problem that they had to deal with centuries ago. Makes that morning commute not seem so bad, right?

The villagers would capture people they believed to be a loup-garou and then hold a public trial. Usually they’d find someone in the woods or someone in the village who was just “acting strange.” The court would ask the public if they believed the accused to be a loup-garou, and usually the public agreed (mainly for fear that they’d be outed as a witch or a loup-garou themselves).

These loup-garous became a fear for many people in the country, leading to them earning their place in legends passed down to children. The French Catholics claimed that you would be turned into a loup-garou if you did not follow the rules of Lent for seven consecutive years.

There was also a story that was told to kids that if they didn’t do what their parents asked, a loup-garou would come and steal them away in the middle of the night.

When many of the French migrated to Canada and the southern United States, they took the legend of the loup-garou with them.

Cajun Country and the Legend of the Rougarou

Since the migration, many of the legends began to change to match the times and the dialect. Since Cajun dialect is a mix of French and English and well-known for changing words completely to roll off the tongue easier, the name of the beast changed from loup-garou to Rougarou (also spelled roux-ga-roux, rugaroo, or rugaru).

In the swamps within the Greater New Orleans area and the Acadiana is where this beast has come to live. He might even be neighbors with the Honey Island Swamp Monster, which is also known as Louisiana’s “bigfoot of the swamp.” 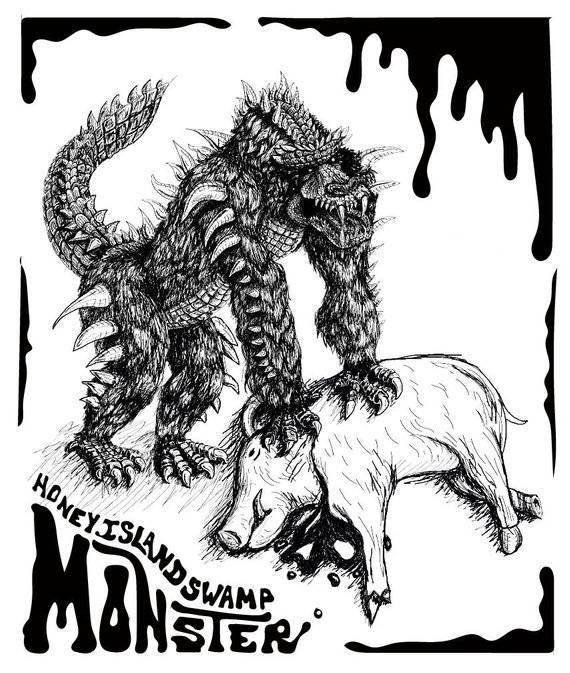 Cajun legend says that the beast hunts down Catholics who don’t follow the rules of Lent, which is similar to the telling of the old French stories.

Another telling of the story says that the Rougarou is under a 101-day curse, unless the affected person can transfer the curse to another human being. Their curse usually comes from a local witch, sometimes a Voodoo priestess.

Did someone say Voodoo priestess?

You won’t want to miss our blog post on the mystery of Marie Laveau, Louisiana’s Voodoo Queen!

It is said that you can protect yourself against the Rougarou by laying 13 small objects by your doors. Apparently, when a person changes into a Rougarou they forget how to count past 12 (probably since they only worry about midnight and the moon at this point).

The Rougarou will see the 13 objects, try to count them, and be unable to count them all. This will perplex it, and it will keep recounting until the sun comes up and it must flee. I’m not making this up.

Despite the fact that it was originally a legend, there are still claimed sightings of the Rougarou to this day, though it has died off a bit in the past decade.

The beast is also a hit in pop culture here in Louisiana. There’s an annual Rougarou Festival in Houma every year, and the Audobon Zoo in New Orleans has a Rougarou exhibit, which includes a statue of the creature in all its swampy glory. The New Orleans Pelicans had originally thought about changing their names from the Hornets to the Rougarous at one point!

Have you ever heard of the Rougarou or another scary Louisiana monster before? Let us know in the comments below!

Love this story and the legend of da rou

I spent a couple summers in Sabine Parish out on North Fort Fort Polk on a tract of ground called Peason Ridge(Little Nam). This was a deep dense pine forest with rolling Knolls and the occasion small marsh(bayou). I heard sounds I’ve never heard and smells I’d never smelled but never spied anything. On a moonless night those are the darkest woods I’ve ever trekked through….that includes the Black Forest, Mark Twain National Forest Missouri, the hills of West Virginia, and the Pine Flats in New Jersey. In closing I’ve always considered Yeti to be more of a possibility than a werewolf. However embracing legends, customs and tradition is the very foundation of culture. Louisiana has the most unique culture I’ve discovered in the US and that’s saying something being a native of Appalachia.

Great words, you could make a short story out of that Peason Ridge setting!

I love this story!

A recent novel called “The Sentence” by Louise Erdrich