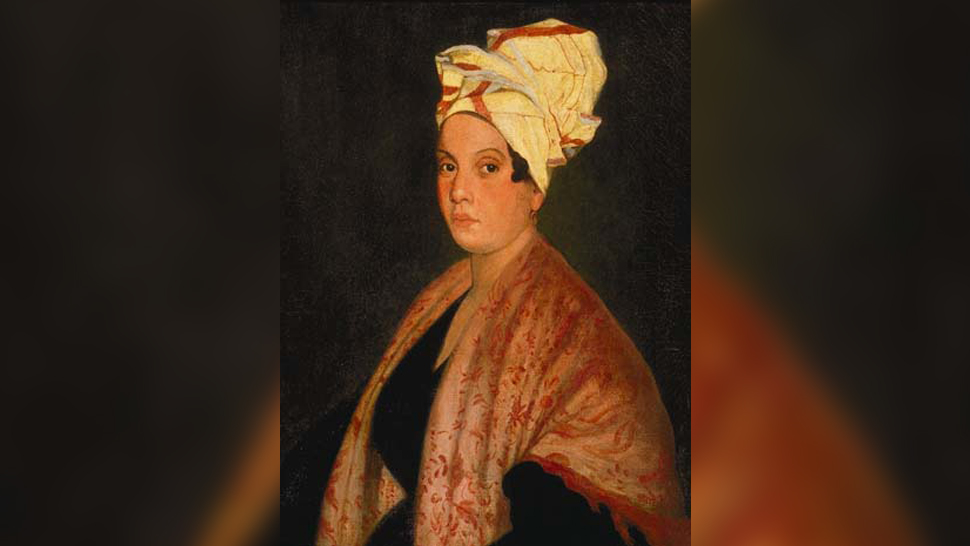 Just a few blocks from the banks of the mighty Mississippi River and on the outskirts of the historic French Quarter, there lies one of the oldest and most well-known landmarks in New Orleans.

St. Louis Cemetery No. 1 opened in 1789 and, through guided tours, presents an opportunity for sightseers to marvel at the graveyard’s captivating architecture. Because much of New Orleans is below sea level and often faces the threat of flooding, a city ordinance mandated that the cemetery adopt an aboveground style for its memorials shortly after it opened. The cemetery’s design concepts were heavily influenced by Spanish architecture, as the aboveground, crypt-like tombs are extremely common in Spain.

Just how haunted is St. Louis Cemetery No. 1?

Check out our list on the top 19 Real Haunted Places in Louisiana and see if it made the cut!

What some may not know about the cemetery, though, is that it is home to a tomb that whispers lay claim to contain much more than a simple epitaph.

This brick and mortar memorial I’m referring to is the final resting place of none other than Marie Laveau, Louisiana’s Voodoo Queen.

If you look closely, you can see markings and scratches on the outside of the structure that appear to be the letter “X” in groups of three. It’s said that the visitors who left these markings hoped to have their wishes granted by Laveau, as each “X” represents a wish. Yes, the mysterious powers Laveau allegedly possessed are even thought to continue in afterlife.

Every tomb tells a story, but tales of old say that Marie Laveau’s gravesite doesn’t just tell a story of the past; this story is still being written.

The Life of Marie Laveau

Many of Laveau’s life events such as when she was born have remained unclear, but most records have deduced that she was born in September of 1801. She was the daughter of Charles Laveau and Marguerite D’Arcantel and grew up in New Orleans, Louisiana, where she would live her entire life.

In 1819 and inside St. Louis Cathedral, young Marie Laveau married a man from Sainte-Domingue (present-day Haiti) named Jacques Paris. Shortly after their marriage, though, Paris curiously disappeared and was later reported deceased. There is still no documentation or clear reasoning, however, as to how or why he initially went missing.

Laveau eventually found love again in Christophe Glapion, with whom she had several kids. When Laveau’s grandmother, Catherine Henry, passed away in 1831, the couple purchased her New Orleans cottage on St. Ann Street. Coincidentally, this was the same home in which Laveau was born.

Many of Glapion and Laveau’s kids fell victim to yellow fever, which plagued New Orleans in the 1830s. From then on, Marie Laveau dedicated her life to caretaking and healing the sick, paving the way for the uncommon abilities she’d later develop.

A Voodoo Queen is Born

As time went on, Laveau’s reputation elevated. She became a leader of religious rituals and ceremonies, continued to nurse the sick back to health, and frequently fed the hungry. Local politicians and lawmakers would even go to her seeking consultation for business decisions.

It wasn’t just the profound respect so many had for her, or even her wealth of knowledge about medicine and healing remedies; there was much more to it than that. In addition to being a devout Catholic, Laveau took on another religious practice that many say was the source of her otherworldly talents.

This religious practice is what we know of today as “Voodoo.” Voodoo is an ancient spiritual belief system that originated in Africa in the 1700s before arriving to New Orleans. It began to merge with the beliefs of many of the city’s Catholic practitioners and eventually became synonymous with several Catholic ideals. Those who practiced both Voodoo and Catholicism simultaneously were referred to as “hybrids.”

The hybrid that perhaps was not solely responsible for bridging the gap between the two practices, but the undisputed most famous, is the subject of our mystery. Laveau’s extraordinary ascension in her craft to a level most could not comprehend led to her most fitting title—Louisiana’s Voodoo Queen.

The Mystery Lives On

The queen of New Orleans Voodoo wore her crown proudly as her reign persisted into the mid-1800s and several decades to follow. Her work never saw any serious roadblocks even though some viewed her profession of choice as deceptive and even blasphemous. She would regularly host visitor after visitor during all hours of the day and night, suggesting that whatever questions people had, she had the answers to.

This chapter in Marie Laveau’s story came to an end in 1881 when she peacefully passed away in her St. Ann cottage, but the mark she made on the Crescent City hasn’t easily been forgotten. She is now woven in the history of New Orleans pop-culture and has been the subject of numerous books, movies, television shows, and songs. Many conclusions point to Laveau as being the reason Voodoo became so mainstream in New Orleans in the first place.

So, this begs the question. Why and how is her story still being written? The reason her passing was merely an ending to a chapter and not an ending to her story as a whole re-introduces a large part of this mystery.

One of the many elements within the New Orleans Voodoo belief system is that the end of one’s physical presence is just the beginning of their spiritual one. With this information, is it unreasonable to believe that there’s even just a chance that the one they called “The Voodoo Queen” still lives on today? Ghost tour guides would back up that sentiment and say that on dark, desolate French Quarter nights, her spirit has been spotted roaming her tomb in St. Louis Cemetery.

It’s even said that each “X” on her tomb that has a circle around it represents a wish that has come to fruition. Did the visitors return to the tomb to let others know their wishes came true? Or did the queen herself make the marks in celebration or personal accomplishment?

While there’s no question her legacy has cultivated New Orleans even more than 100 years after her death, clouds loom over the nature of her abilities and whether she continues to utilize her powers to this day.

What stories have you heard about Marie Laveau? Let us know in the comments below!