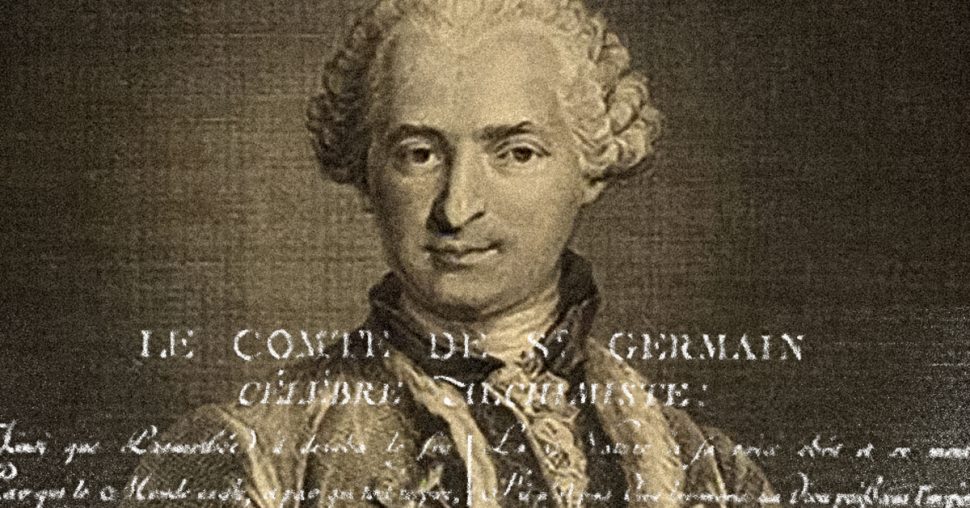 Flawless skin that never seems to age. Eyes that pierce into your soul. Never hungry, but always thirsty. Powerfully charming, yet peculiar. They draw you in with their fascinating stories and hypnotic voices; but you can’t help but think something seems a little strange.

But you go anyway, down into the depths of their dark, eerie palace where their “treasures” lie, only to realize that you are their next pawn. You clench all of your muscles as chills run down your spine.

As they flash their crooked smile and you see teeth sharp as a knife, you know you’ve found yourself in the midst of a monster you’ve only heard about in books.

Vampires have long been fantasized in folklore and mystical tales through the ages, as we can’t help but be enchanted by these curious creatures. And (un)lucky for us, here in Louisiana, vampires are closer to home than we might think.

NOVA (New Orleans Vampire Association) was formed in 2005 to provide support to the self-proclaimed vampires that reside in the haunted city (there are over 50 of them!). They claim to have a medical condition that requires them to drink human blood to sustain themselves, but other than that they are just like normal people.

Though the earliest tales of vampires date back to Greek mythology, New Orleans is home to some of the most prominent vampire myths, or perhaps recounts, and is spewing with this haunted history. Most prominent is the tale of Comte St. Germain, whom many believe to be Jacques St. Germain, Louisiana’s very own vampire.

Who is Comte St. Germain?

Picture this. It’s the 1700s, France. You’re invited to a dinner party filled with prestigious guests. You show up to a lavish mansion, and the room is bursting with conversation. A man walks in, almost gliding, as if floating on air. 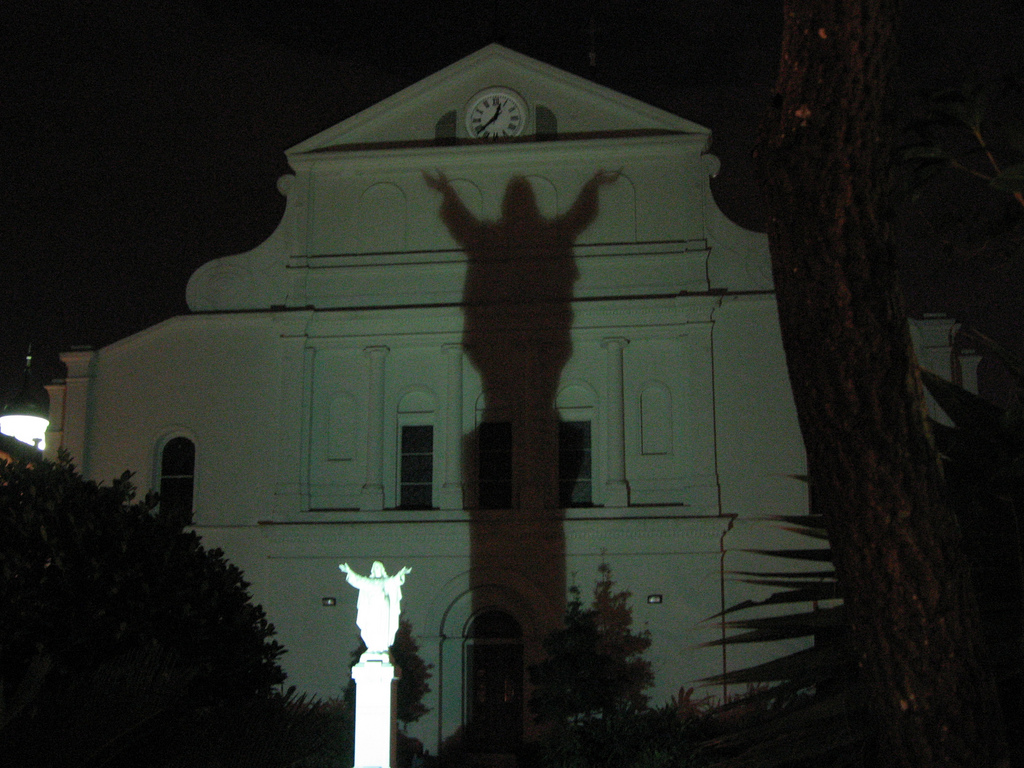 He speaks in a way in which you’ve never heard before. His eyes lock you in. He speaks of events a hundred years’ prior with such detail you could swear he was there.

Comte St. Germain mysteriously came on the scene in France in the 1700s, though records suggest he may have been alive long before that, even during the time of Christ.

French historian and philosopher Voltaire, King Louis XV, and Italian writer and adventurer Casanova all claimed to have known him. Voltaire even said, “He is a man who knows everything and who never dies.” 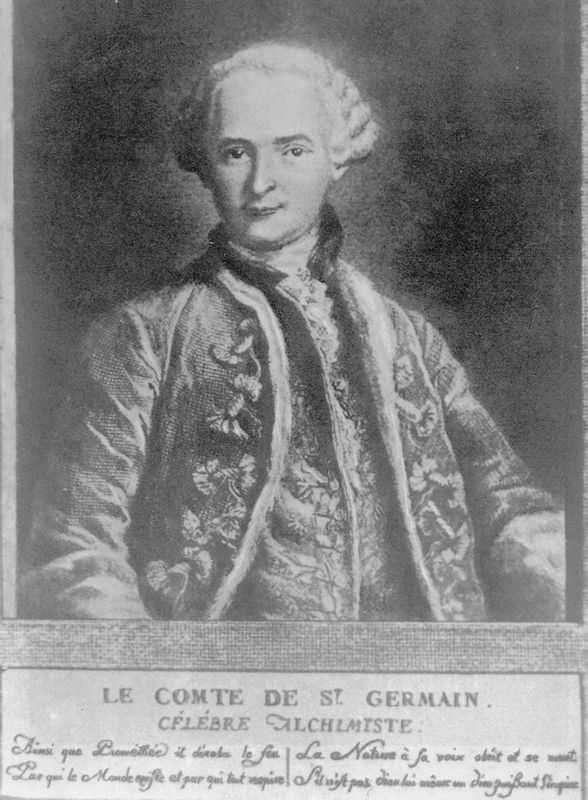 Records show that he was born in 1710 and died in 1784, but many people have claimed to have seen him since then—even as recently as 1970!

He was a man with undeniable intelligence and wit. He captivated the elite with his knowledge and charm.

He never seemed to age. He is said to have spoken six languages, was a brilliant artist, could play the violin effortlessly and even GREW DIAMONDS.

Yes, you heard that right. Comte St. Germain was an alchemist, and a very accomplished one at that. This means he worked with turning metal into gold, creating beautiful jewels out of small stones and was in search of the fabled “elixir of life.” That may explain why he was so rich.

He even trained other alchemists, including one under Marie Antoinette’s rule. At her execution, the alchemist supposedly saw Comte Saint Germain. This was years after he was believed to have “died.”

He wrote a book discussing his work with alchemy and symbols, but to this day some parts of it have yet to be decoded.

Watch a documentary about his life from the History Channel.

How did he get to Louisiana?

He continued to travel all over Europe throwing magnificent parties. Guests claim that he never ate a bite of food, and his elite guests marveled at his stories and were mesmerized by his entertainment.

He eventually found himself in Germany where he lived in a castle for a while as a confidant to Prince Hesse. He has one strange record of his death, which was written by a priest under the king’s orders. He supposedly died in 1784, but many people don’t believe this to be true.

People continuously claimed to have seen him and the record of his death is very skim. It is rumored that he did not die and instead travelled to the West in order to promote spiritual fulfillment. His claimed first stop is in New Orleans, Louisiana.

Who is Jacques St. Germain?

New Orleans is considered the most haunted city in the United States by many, and with good reason. Perhaps one of the most infamous, sinister figures claimed to roam the streets is Jacques St. Germain.

Some two hundred years after the “death” of Comte St. Germain, an immigrant from the South of France named Jacques St. Germain came to New Orleans and moved into a dwelling off of Royal Street. 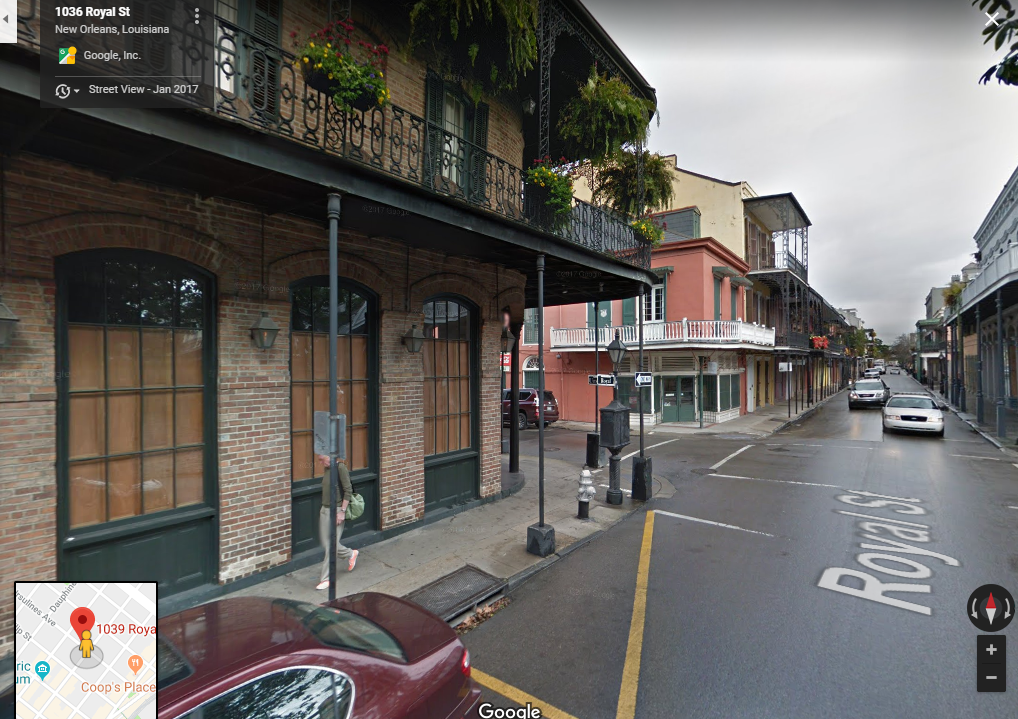 He was claimed to be known for his knowledge, charming wit and seemingly ageless presence. He spoke of events that happened hundreds of years in the past with great detail. He threw lavish parties with the finest foods, entertainment, and most prestigious guests, but never ate a bite of food.

Sound familiar? No one questioned his seemingly immortal feel, but maybe they should have.

Not long after he had taken up residence in New Orleans, things got really creepy, really quickly. There’s a tale told by many vampire enthusiasts in the Big Easy that one night Jacques had a lady over to his home.

He had invited her over to a party with many up-and-comers and elites in New Orleans.

After a while he had asked her up to the balcony and attempted to bite her neck. She freaked out and was able to distract him long enough to take the only escape she had—right off of the balcony onto the pavement below.

The story says that she was completely terrified and had drops of blood trickling down her neck. People quickly surrounded her and had the police there in no time.

When the police investigated the crime and went into Jacques’ home to make sense of the incident, what they found made the hair on their neck stand straight.

It’s said that they found clothes from all different time periods stained in blood. There was absolutely no food, not even utensils, in the house. There were many bottles of what seemed to be red wine, but were in fact human blood upon further inspection. What they didn’t find was Jacques St. Germain, who never did return.

Legend has it that Jacques was actually Comte St. Germain, and people still see a man who looks similar around the world.

Have you ever heard of the legend of Jacques St. Germain or any other vampire stories? Let us know in the comments below!

Lover of yoga, traveling and live music. Writing is my passion, and I’m in love with this beautiful, beautiful life!

I have heard about this persons story or incarnations of it on my own travels. From Ethiopia through to Marteniq

I have heard about this person on several occasions – from Ethiopia to Martinique. I met a person in St kitts and few years back that I swear I met in sierra leone and prior in Zambia (10 years prior). He did not age one bit! It is a beautiful strange world indeed.

As to whether the Count is still alive? Would Chelsea Quinn Yarbro lie to us?

Love his story…….but I don’t believe in the vampire legend. He may’ve been (still is) a master alchemist..

I was @ Six Flags Fiesta Texas

I was at six flags fiesta tx and I could swear I saw a vampire..of course no one would believe me..but this guy was pale and his eyes glowed…I felt a weird pressence..it looked alot like this vampire

I have met a woman who was in contact with him for a long time. She is still recovering, though I know she would ultimately say she loves him.

My husband is a descendant of his…now living in Texas

Thanks so much for sharing this history, DeAn! How did y’all find out that he’s a descendant? We’d love to hear more!

That very good to know about St. Germain

Glad you liked our dive into the history of St. Germain! Louisiana history sure is mysterious!