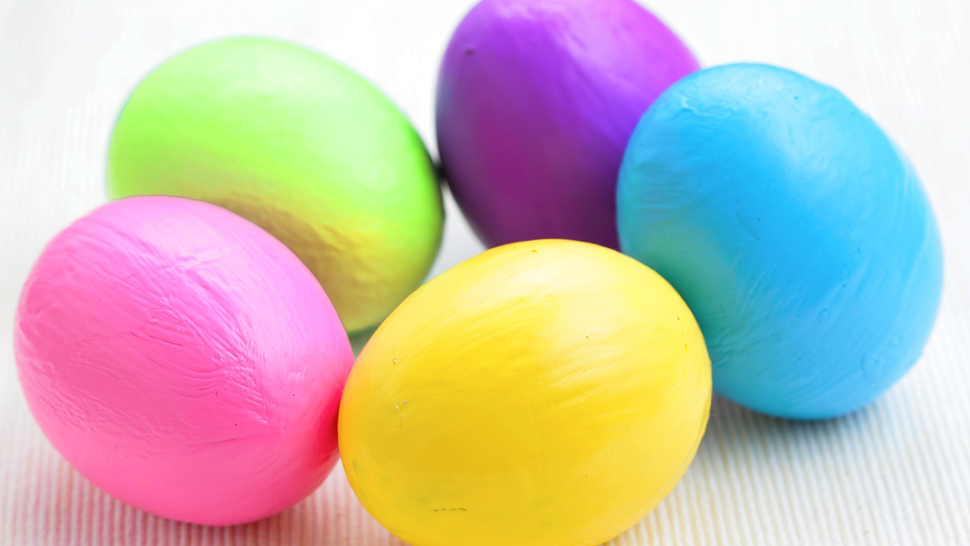 You may have read our blog post about the History of Cajun Mardi Gras and the Chicken Chase, but there’s another Louisiana tradition that you might find even more interesting.

Let’s find out more about the egg-stremely competitive and beloved tradition known as egg pocking!

What exactly is egg pocking?

Egg pocking is a game and Cajun tradition that takes place on Easter Sunday where two people compete against one another to see who has the strongest Easter egg.

The objective of the game is to take two hardboiled eggs (one egg per player) and lightly tap your opponent’s egg without your egg cracking. The loser of each round is the person whose egg cracks. This continues until there’s one person remaining whose egg has no cracks on it.

The player that wins the competition is said to have good luck in the coming year.

Where does egg pocking come from?

The term “pocking” comes from the French word paques, which directly translates to Easter. Originally, the tradition was spelled egg paquing, but the pronunciation of it is the reason it eventually changed to a more recognizable and easy-to-spell version.

Some have simply attributed the name of this tradition to the pock sound that two eggs make when they’re tapped together.

Though egg pocking is mostly associated with Louisiana and specifically Cajun families, it’s actually a tradition known all around the world. Like many customs and cultural traditions in Louisiana, egg pocking is known to come from France, but its most well-known origin traces all the way back to ancient Greece!

This Greek game was originally called tsougrisma, meaning “clinking together” or “clashing.” The eggs used for the game were dyed red to symbolize the blood of Christ, and the cracking of the egg symbolizes Jesus Christ’s resurrection.

How does egg pocking work?

This tournament-style game is separated into rounds, and the victor of each round gets to advance.

When both players face off, they each have to be holding the larger end of the egg so that the top of the egg is facing toward the opponent. They count to three, and take turns tapping the other’s egg until one cracks. Only one egg will crack and the round is immediately over when the first egg cracks.

Seems pretty simple, right? Well, this game can get super competitive! Many families begin practicing weeks in advance to perfect their egg-cracking skills.

Also, like in many games, there’s always a cheater! The most common practice of cheating is using different types of eggs such as duck eggs, guinea eggs, and even fake eggs.

A funny prank on your opponent would be to swap out their hardboiled egg when they’re not looking for a raw egg!

We talked with Pelican’s Training Manager Tara Moran as she and her family have taken part in this Easter tradition since she was a kid.

Here’s what she had to say:

“Easter is by far my favorite holiday! I love being able to go to church and spend quality time with my family.

I remember growing up, each family member would dye their own eggs in advance, and then on Easter Sunday, we would all meet at my grandma’s house to enjoy a whole day’s worth of Easter fun.

After doing an Easter egg hunt in the backyard, we would take the eggs we found to start our egg pocking competition, or “knocking eggs,” as we would sometimes call it. My family and I absolutely love this game!

As everyone got a little older, we sort of outgrew the tradition. But once I had my little girl Isabella and she was old enough, she and I started our own tradition!

Every year, we dye lots of eggs and have a mini egg pocking competition, just for the two of us! She’s beaten me the last two years!”

Have you ever heard of egg pocking or does your family have another fun Easter tradition? Drop a comment below and let us know!

This article brought back memories of Easter with my family 55 years ago. And no, I never won the egg challenge.

I remember pocking eggs growing up. My PawPaw Manuel always won! We still carry on the tradition with my children!

If you break your opponents egg, you get his egg. You could accumulate several eggs and brag about it!

I’d never hear of pocking eggs before, but now that I have my annual Easter family festival will have a new tradition!