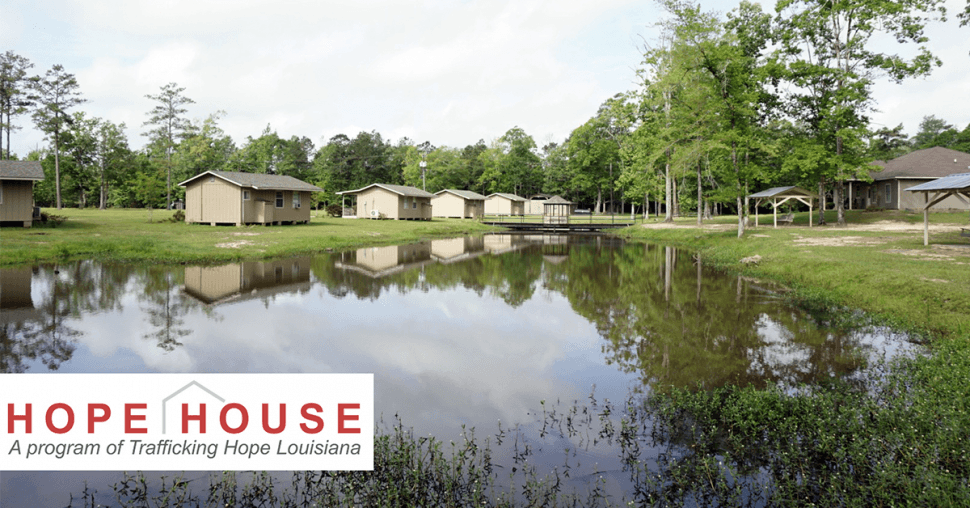 One of our favorite things to do is give back to charity. Each year, Pelican team members choose a Charity of the Year to focus all of our giving efforts on. Our employee volunteer and fundraising committee, Beak Squad, works together to find fun, creative ways to donate to charity at Pelican – stuff like bake-off competitions, painting nights and cutest pet contests. We like to choose charities that impact our local communities to make it a better place for everyone. This year, our Charity of the Year is Trafficking Hope Louisiana.

Trafficking Hope Louisiana is a non-profit dedicated to increasing awareness and education on domestic and international sex trafficking, a very real, very serious issue not only in the United States, but also right here in Louisiana. 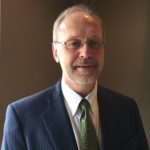 We reached out to George Mills, the President of Trafficking Hope Louisiana, to ask him some questions about Trafficking Hope. George was more than happy to talk with us about the non-profit, its impact on the community and how we can each get involved to help.

What is the main goal of Trafficking Hope?

Trafficking Hope Louisiana, Inc. brings awareness and education to local communities on the issues of domestic and international sex trafficking in addition to providing services to trafficked victims through its Hope House. Hope House Louisiana began in 2013 as a safe and secure home environment for former sex trafficking victims. The women are at least 18 years of age and our 14 bed-facility offers specialized services to them free of charge. Many of the women are referred to us by Louisiana State University Mental Health. While they are encouraged to complete the 12-18 month recovery program, they enter and remain at Hope House on a voluntary basis. We realize that the after-effects and trauma that trafficked victims face often induce different responses and require a long period of recovery that is tailored to each individual.

How many people does Trafficking Hope help annually?

We help more than 20 rescued victims in our residential facility and over 10,000 people with education and awareness presentations. 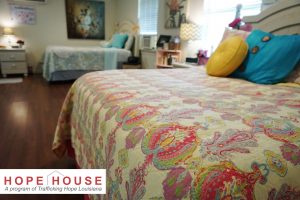 What are some of the outcomes Trafficking Hope has seen in Louisiana?

The Trafficking Hope Campaign was launched in 2007 as an anti-trafficking campaign of the public charity Kingdom Builders U.S., Inc. Very little was known about domestic sex trafficking, so Trafficking Hope’s first focus was on raising public awareness and educating residents in the state of Louisiana. These goals were achieved by investing in billboard campaigns, radio announcements, TV interviews, documentary screenings and community awareness events throughout the state. Trafficking Hope’s efforts soon led to the establishment of a highly cooperative Human Trafficking Task Force led by former Louisiana Assistant Attorney General Katherine Green and consisted of representatives from various government and law enforcement agencies and non-government organizations.

In 2011 ,the Louisiana Human Trafficking Task Force identified that the greatest need in addressing the issue of human trafficking in Louisiana was to provide safe and specialized housing for former victims. In response to this need, Trafficking Hope worked diligently to secure a 32-acre site that would be used to provide the first 24-hour restoration care facility in Louisiana.

What is the extent of the human trafficking problem in Louisiana?

The Relative to Human Trafficking, Trafficking of Children for Sexual Purposes and Commercial Sexual Exploitation Report was published in February 2016. 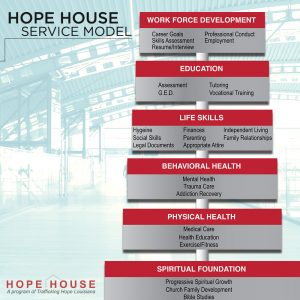 What is a time where you felt your non-profit made the most impact on a person’s life?

Impact is made daily in the lives of the rescued victims that we serve.

If you could give some words of encouragement to a victim of human trafficking that’s struggling right now, what would you say?

There is a way out!

What are some of the programs Trafficking Hope has available for victims of human trafficking?

The recovery program generally follows our “Six Pillars of Transformation” with faith being the foundational pillar—walking people through spiritual healing is just as important as physical recovery; we place it at the foundation to emphasize its centrality. The pillars continue in ascending order as follows: physical health, behavioral health, life skills, education and workforce development. Our recovery model allows the flexibility and structure required to ensure the women who come to Hope House recover and are capable of reentering their communities. Our faith-based programming is combined with researched-based, best clinical practices. Our heart is not just to provide housing, but to offer them a holistic approach to recovery; to see them walk in physical, emotional, and spiritual freedom.

How does Trafficking Hope use donations and what percentage goes to charitable works?

Preventing the sexual exploitation of women and children requires a broad-based approach that connects resources to the need. Trafficking Hope is a donor-supported organization and the work we do is not possible without them. The generous gifts help prevent another child from being taken, provides hope to a victim rescued from trafficking and helps bring healing and restoration to countless survivors. With the help of our donors, vulnerable women and children are given a new life, free from the horrors of modern day slavery.

Other than donations, how else can the public get involved with Trafficking Hope? 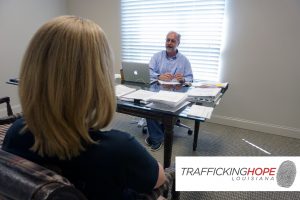 All of us should intentionally participate in a coalition with people, churches and organizations that have the combined strength to guide and assist our community in the fight against human trafficking. It is important to foster purposeful collaboration. Sometimes we feel so removed from an issue that we cannot imagine that it is happening in our communities. Professionals, such as educators, healthcare providers and law enforcement, may overlook the signs and indicators of trafficking because they lack information. You can help raise awareness about human trafficking. The goal is both to decrease the demand for goods and services provided by exploited men, women and children, and to decrease the supply of people who are at risk for being trafficked, but it all begins with educating yourself on the issue. Then, be a bridge builder! Lead your community to see the need. Connect people with ways to get involved in the work. Organizations have used email blasts, social media and even complex interactive databases to let people know about opportunities to serve, however, a phone call to your friends and family will do.

If your organization would like to partner with and support Trafficking Hope, you can hold a fundraiser to help support their efforts and even attend one of the many events in the area that support the organization. You can also offer a share/retweet on social media to help them spread the word. Want to do something more hands-on? Trafficking Hope provides opportunities available for individuals and groups to volunteer too!

I’m a deputy for pointe Coupee sheriffs department and for years I’ve always to be a volunteer in human trafficking, I want to help get rid of the monsters doing this to innocent children as they are a gift from Gid

Thanks so much for reaching out. They do have volunteer opportunities, and some might be available if you want to reach out to them! You can visit their website at http://www.traffickinghope.org.