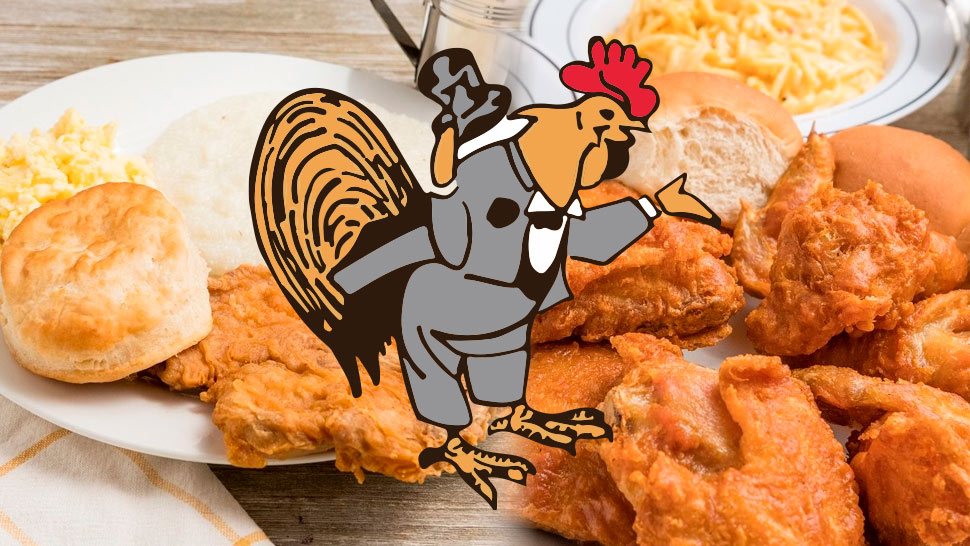 A staple in Baton Rouge for over 80 years,  our Pelican Partner, Chicken Shack is known for “Specializing in ‘Knuckle Suckin’ Good’ Fried Chicken,” creamy red beans and rice, well-seasoned seafood, and delicious pies and cakes.

As one of Pelican’s Business Development Representatives, I recently had the pleasure of working directly with Chicken Shack on a local event we put on for the community.

Throughout my time meeting and working with them at our event, I talked with their Co-Owner and Managing Direct, Derrick Delpit. As a member of the Delpit family, he’s been an integral part of Chicken Shack’s success.

He gave me some insight into Chicken Shack’s history and impact on the Greater Baton Rouge community.

Thomas “Tommy” H. Delpit opened the first Chicken Shack in 1935. He converted a small sweets and ice cream shop into the first location for only 35 cents.

The original Chicken Shack served unique fried chicken recipes and creole dishes developed by Tommy. Eventually, the menu expanded to include more items like the ones mentioned above.

By 1973, he and his young wife, Precious, became the sole owners. They established a deal with Jim Dandy Fast Foods to buy four of their Baton Rouge locations soon after 1973. The locations were then converted into Chicken Shacks! The original location was also remodeled and converted into a luncheon cafeteria-style restaurant.

Chicken Shack became Chicken Shack Systems, Inc. in October 1981, following a partnership with longtime family friend Henry Baptiste. The batter used for the fried items and their $2 Tuesdays have made the restaurants a novelty in Baton Rouge. It’s not uncommon for cars to be wrapped around the restaurant waiting to order amazing food in the drive-thru!

The restaurants also offer seasonal specials, such as their Lenten special of shrimp fettuccine with fish strips, and their fall special of chicken and sausage gumbo.  Their chicken loaf with bone-in chicken on a po-boy bun is also another famous favorite! 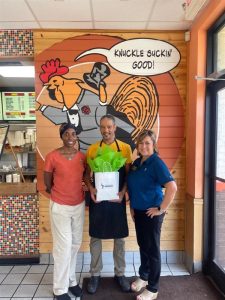 Derrick and others within the organization work hard to continue Tommy’s vision. Some team members have found Chicken Shack so rewarding that they have been with the company for 20 years or more!  Derrick recognizes this and says his restaurant is popular due to his grandfather’s recipe and the hard work and cooperation of all his team members.

As a partner of Pelican State Credit Union, the employees of Chicken Shack #6 have access to all of the amazing Pelican benefits like our great rates and Financial Wellness Program.

I’m a member of Pelican’s Business Development team with a love for building relationships. I’m always ready to try new things and meet new people. When I’m not networking, you can find me with my family or at the beach!