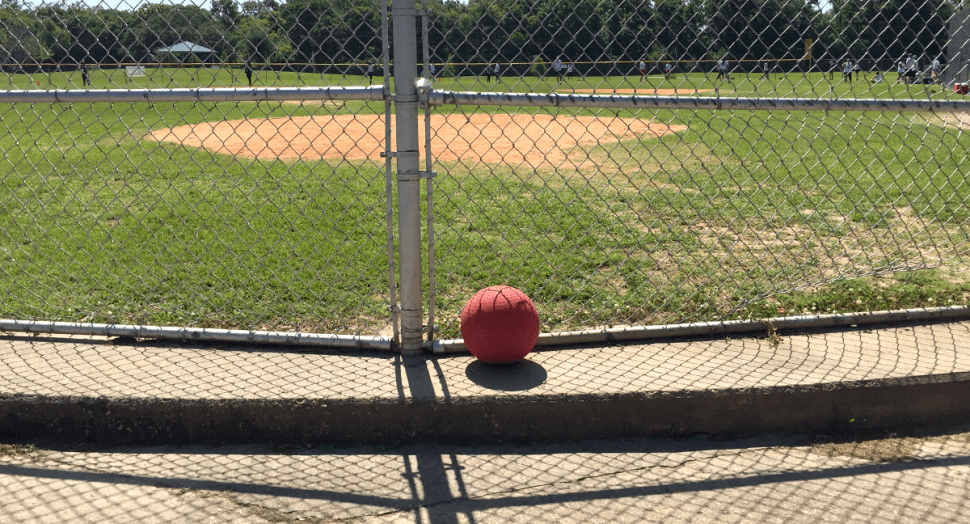 Every Monday in the spring and fall, I clock out for the day and switch out my marketing shoes for a pair of cleats. Cleats that I got on sale, of course. 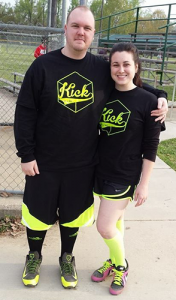 I have a borderline obsession with working. There is not much that can pull me away from work at Pelican State Credit Union – there’s my husband (he’ll tell you differently), my 5-pound Yorkie-Pekingese pup and crafting. All things considered, you can place a bet that I’ll be on the kickball field on time, in uniform and ready to go every Monday during the season even when the games start before 6 pm.

I never played sports as a kid. Well, I don’t count the one play of the one game of an all-girl flag football (powder-puff) match between rival high schools that I played my freshmen year. I was one of two freshmen on the team. The only requirement to make the team was that you attend practice regularly. I’m pretty loyal, if I do say so myself, and love pre-scheduled events so I had no problem meeting the requirements. Problem was, I wasn’t good. Weeks and weeks of practice in the Louisiana heat basically led to me running four feet ahead as the 10-second flag football play ran its course.

Despite my lack of athleticism, my husband and I joined a kickball league over three years ago. What first started out as something to do with my co-workers and their friends evolved into a weekly ritual that allowed us to make tons of new friends. Now, we spend time on and off the field with those friends that we would have never crossed paths with anywhere else!

I learned that it didn’t matter how sporty I was in the “Lite League Division” of our kickball league. The slow pace, slow pitches and rules designed to minimize injuries (which include no sliding and the ability to run through all bases) made the game less intimidating and more team and relationship focused. Those relationships don’t always save me from getting hit in the face with a kickball from time to time though!

We play in the Red Stick Area Kickball League (RSAK) and the registration cost and supplies tend to be more affordable than traditional organized sports (you don’t need a glove and bat like softball). Plus, every single one of our games, except for the playoffs, take place on Mondays after work. I love that games never conflict with weekend plans or holidays – they usually don’t conflict with my work events either! My phone stays in the truck or in my bag while I kick off the week with much needed fresh air. It’s definitely a break from reality and a chance to knock out a case of the “Mondays”. I can’t think of many more effective ways to de-stress than to kick things really hard.

My husband and I have found kickball to be a lower cost alternative to a gym membership and other co-ed networking groups. The games last for 40-minutes each, and sometimes we play two games a night. We also meet up for practice with our team and members of other teams. When you practice with less people than you usually play a game with, you get a more intense workout running around the outfield rounding up the kickballs.

The calories you burn during a game depend on what position you play and how many times you get to run the bases. Playing in the outfield during a game where a team mostly bunts, I have burned less calories than a 40-minute Zumba class. Playing pitcher, I have burned more. You can guarantee that you’ll meet your step goal for the day though – just walking from your car to the field adds up!

In addition to the kickball games, the dues for the league we’re in include tons of fun activities like trivia nights, a chance to ride in the Baton Rouge Halloween Parade, an award ceremony social, the opportunity to volunteer with and support the ARC of Baton Rouge and much more!

Here’s approximately what we each spent to get started:

Since we have already purchased our initial supplies and stay with the same team, we only pay our registration fee each season! Sometimes, the league offers my husband special coupon codes provided because he’s our team’s captain and they want to ensure our team comes back to play again the next season! Additionally, we try to always take advantage of an early (chirp! chirp!) bird discount. 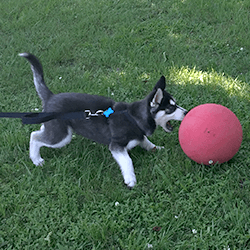 Interested in playing kickball at a park in your community? Check these out:

Play kickball in a Louisiana league not mentioned here or play another community sport that you love? Let us know in the comments below! 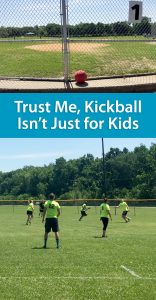