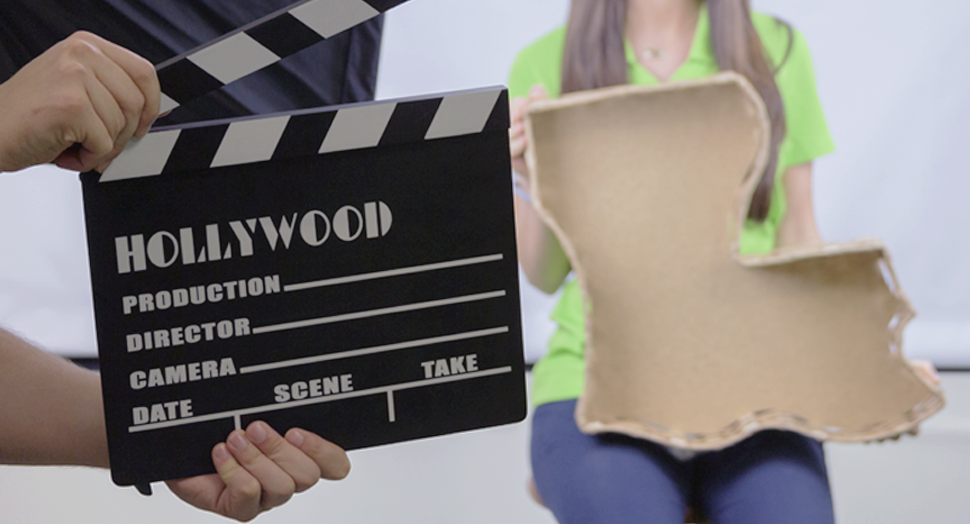 Louisiana’s known around the country as “Hollywood South,” and for good reason too. Movie studios flock here to use our locations for the great tax credits they get and for the beautiful streets, cities and landscapes that set the scene for some of the countries’ most memorable movie moments.

There have been lots of popular movies filmed in Louisiana. Take a trip and visit the locations of these 10 blockbuster movies that were filmed in the Pelican State!

This 2013 film from director Steve McQueen follows the 1853 true story of Solomon Northup, a free black man who was abducted and sold into slavery in the South. The movie, which has been widely praised and nominated for numerous awards, was filmed in Louisiana to stay true to the original memoir.

Filming for 12 Years a Slave took place in and around New Orleans. Filming locations include Magnolia Plantation in Thibodaux, St. Joseph Plantation in Vacherie, Destrehan Plantation in Destrehan and Bocage Plantation in Darrow. The Epps house, which is present for a majority of the film, was originally located in Bunkie, and has since been moved to LSU’s grounds in Alexandria (number 22 on the map).

The hit movie-reimagining of Johnny Depp’s cult classic TV series of the same name was filmed in New Orleans, Harvey and Metairie. In the scenes where Jonah Hill and Channing Tatum portrayed high school students, the film crew opted to film these within actual high schools in the Greater New Orleans area. Riverdale, West Jefferson, Belle Chasse and Grace King high schools each became the setting for various scenes in the movie.

There are lots of other hot spots in Louisiana that set the stage for the movie, too. If you’ve been to Lafreneire Park, you’ll notice the prominent part the park plays in the beginning of the movie, and it’s hard not to notice the streets of New Orleans’ Central Business Dirstrict during the limo chase scene. After the success and scenery of the first movie, it’s no surprise that they came back to turn New Orleans into “Anytown, USA” again for a blockbuster sequel. 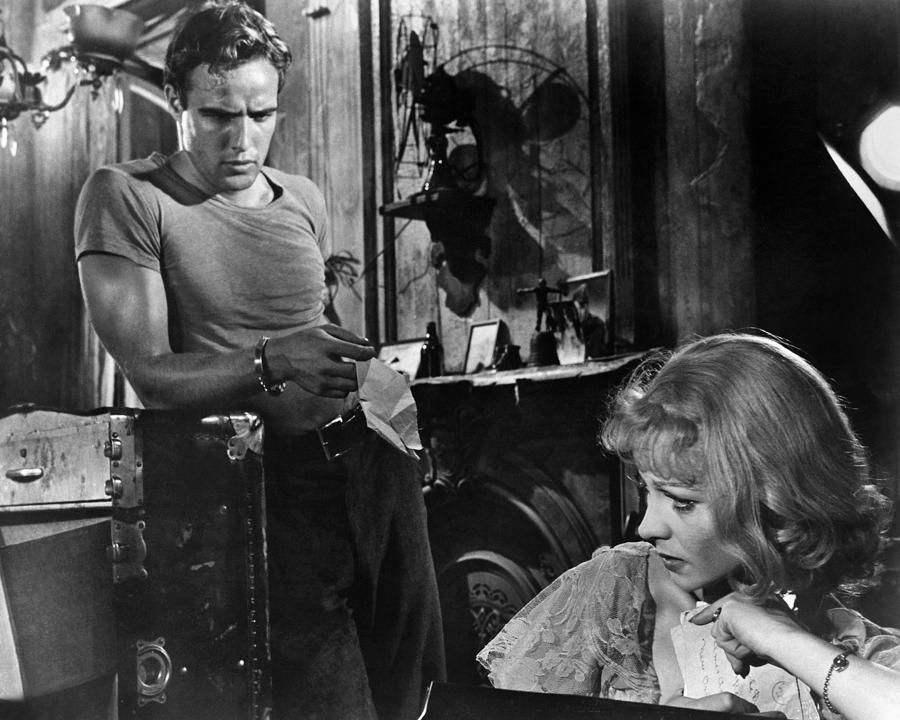 This classic 1951 movie based on Tennessee Williams’ masterpiece play was filmed extensively in and around New Orleans. Many recognizable streets can be seen in the movie, including Canal Street and Bienville Station. The famous “Desire” streetcar line featured in the film scrapped many of their original streetcars before the movie filmed. Luckily, there were two that they retired instead of scrapping!

Since Desire streetcars stopped operating in 1948 and the original Desire streetcar 832 had been moved to the Pennsylvania Trolley Museum, the film crew got permission to bring sister streetcar 922 out of retirement. When restoring 922, the crew had to get special permission from the city of New Orleans to put the word “Desire” on the streetcar for filming purposes. The restored streetcar used in the movie continues to ride the St. Charles line today.

This financial crisis novel-turned-movie stars several big name actors and actresses. While the movie takes place heavily in New York, many of the scenes were filmed in New Orleans.

You may have recognized Ryan Gosling in the Louis Armstrong New Orleans International Airport or Christian Bale at the One Shell Square building on Poydras. Harrah’s Casino was disguised as the Wynn Las Vegas for some of the best scenes in the movie. The renowned Domenica restaurant on Baronne Street was shut down for an entire day during the filming of the movie for a couple of scenes, too!

Brad Pitt and Cate Blanchett starred in this 2008 movie that follows the story of a boy who ages backwards. The movie was extensively filmed in Greater New Orleans and surrounding areas, including Mandeville, Morgan City, LaPlace, Donaldsonville, and New Orleans.

Much of the film takes place in the nursing home that Benjamin grew up in. This was filmed at the Nolan House on Coliseum Street in New Orleans. The enormous mansion has six bedrooms, a library and even a reception hall! The house was listed for sale in 2009 for $2.85 million, but it has since been purchased. You can read about the history of the house in The Times-Picayune.

The fourth installment of the Jurassic Park franchise made over $1.6 billion dollars, making it the second-highest grossing movie of 2015 (right under Star Wars Episode VII: The Force Awakens). Did you know that part of this movie was filmed in Louisiana?

Jurassic World’s Main Street scenes were filmed at New Orleans’ now-extinct Six Flags theme park. Sets for the inside of the visitors’ center featured in the film were shot at Big Easy Studios at the NASA Michoud Assembly Center in New Orleans. The film crew even “went on down to the Audubon Zoo” to capture footage of cameras they placed around the park. They placed their cameras in trees throughout the zoo, and filmed extras “running around and freaking out”. Now You See Me

While watching this 2013 blockbuster movie about a team of illusionists who pull off bank heists, you may have noticed some familiar Southern scenes. That wasn’t movie magic—many major parts of this hit film were actually filmed in Louisiana!

Filming locations for Now You See Me include Café du Monde, the Roosevelt Hotel, Reverend Zombie’s House of Voodoo, State Palace Theatre, Napoleon House, Sazerac Bar and the New Orleans City Park Carousel. If you take a trip to New Orleans, you can experience the magic first-hand! 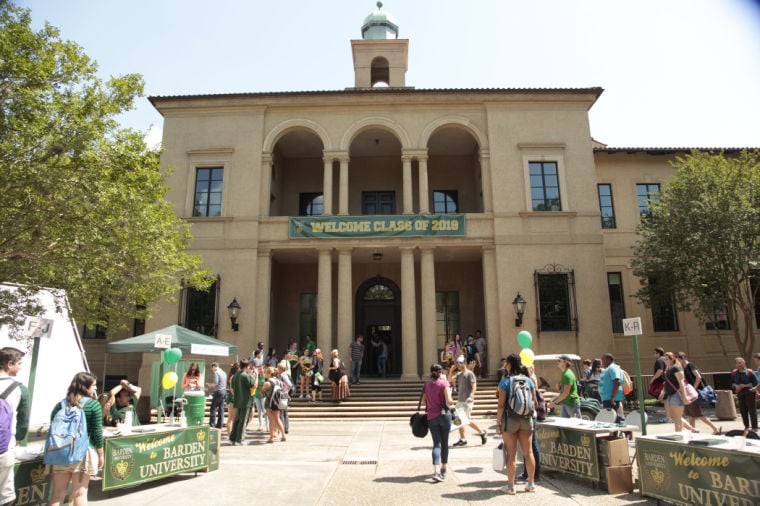 If you’ve watched this film, you’ve probably noticed some very familiar scenery. The 2012 movie about an all-girls acapella group trying to win a campus-wide competition against their male rivals was “aca-tually” filmed in and around Baton Rouge.

Almost the entire movie was filmed on LSU’s campus! Alumni and students likely noticed the LSU Quad, Greek Theatre and the Huey P. Long Field House. The film crew’s love of the campus even prompted them to come back in 2014 to film the sequel.

Jamie Foxx captivated audiences around the country with his portrayal of musical icon Ray Charles in the 2004 biographical film Ray. While Ray Charles lived in Georgia, Florida, and Seattle, many of the movie’s scenes were filmed in Louisiana.

The city and streets of Hammond were used for 1940s Seattle and 1950s Atlanta. Many bars in New Orleans, including the Half-Moon Lounge, Maple Leaf Bar and Saturn Bar, set the scene for the clubs and bars Ray Charles played at during his life. The UNO Downtown Theater was the setting for the ABC Record Office, and the “Blue Room” where he performed the hit song Hit the Road, Jack, is actually the Roosevelt Hotel.

Released in 1989, Steel Magnolias takes place in northwestern Louisiana, and was filmed in and around Natchitotches. The success of the film continues to impact the “Meat Pie Capital of the World,” and the Henry Cook-Taylor House continues to be a hot spot for tourists. If you ever wanted to stay there you can; it’s now the Steel Magnolia Bed and Breakfast.

Interested in going on a tour of all of the filming locations for Steel Magnolias? The city of Natchitoches has a map you can use for your own movie tour!

How many of these Louisiana-filmed movies have you seen? Let us know in the comments below!